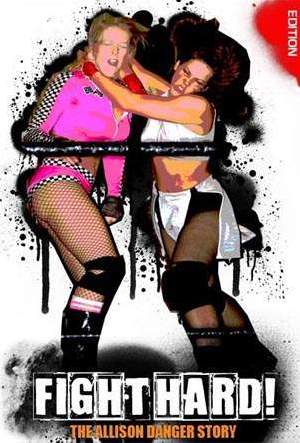 Allison Danger is proud to call herself Steve Corino’s little sister, but she was determined to make it in the world of professional wrestling without big brother’s influence. Now over eight years later, Allison Danger is an island onto her own, having carved out her own legacy as a respected pro-wrestler all over the globe. Anyone who has followed her career, knows Allison paid her dues as she climbed up the ranks to become one of the most tenacious trailblazers for women’s wrestling in North America.

Earlier this year, I reviewed a DVD from Strong Style Productions called Quick Shootin’ with Allison Danger – a two disc sit-down interview with the feisty SHIMMER ambassador. That DVD was an in depth look into the dangerous mind of Cathy Corino, exploring her intimate thoughts related to all aspects of the wrestling world. Click the link to explore that particular DVD.

Now as the year 2008 comes to a close, Strong Style Productions has made good on its promise to release a sequel to the highly praised “Quick Shootin'” DVD. This edition, appropriately titled “FIGHT HARD: The Allison Danger Story” managed to dig even deeper into the life and times of Cathy Corino, smudging the line between real life and the fantasy world of wrestling where she is best known for her Allison Danger character.

The disc #1 interview follows a chronological format, hitting the most important events of Allison’s life, starting at the beginning with a chapter called “Growing Up Corino.” From there Danger discusses in detail how she got into the wrestling business, a journey that got her into the original ECW locker room. Danger also talked about her debut in Ring of Honor, getting driven through a table by Da Hit Squad, her character development, the women’s wrestling revolution, plus some exclusive insight into her roll in Dave Prazak’s SHIMMER Women Athletes promotion. Danger lays it all on the table, chronicling her numerous injuries, modifying her ring style, and the shadows of doubt that clouded her point of view as her passion for wrestling started to wane. Danger talked a lot about her time in SHIMMER, including the pride of crowning the first SHIMMER champion – her best friend Sara Del Rey. Danger also talked about what the future holds, expressing her desire to start a family – a dream which would come true before the end of 2008 after she married European wrestler Ares and became pregnant with her first child!

With over three hours of material, this 2-disc DVD set will entertain you from start to finish. If you missed the first DVD, Quick Shootin’ with Allison Danger, then pick up that one too and you’ll be treated to six and half hours of entertainment! Check out these selections exclusively at www.strongstyleproductions.com or email [email protected] for more information.