Mandatory.com presents: “Ranking Every WWE Heavyweight Champion of All Time” 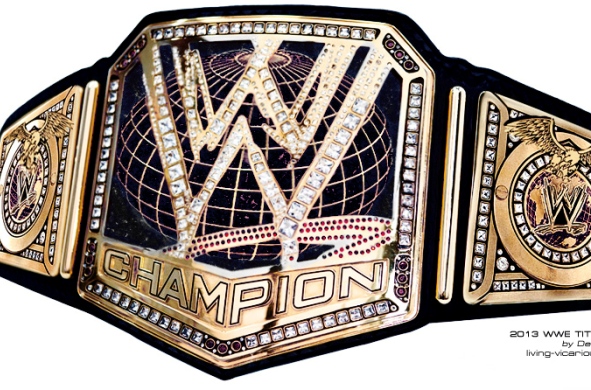 Mandatory.com presents: “Ranking Every WWE Heavyweight Champion of All Time”

Since 1963 the WWE has been the defining name in professional wrestling, and no honor is higher than being WWE Champion. We went through the years and ranked every champion in the illustrious history of the company. Here is a ranking of all 43 champs.

43. Vince McMahon
Was there a more terrible idea than giving McMahon the title? Thankfully it only lasted six days. Not a good idea.

42. Andre the Giant
After Andre defeated Hulk Hogan, he immediately sold the belt to the Million Dollar Man. Jack Tunney entered and informed them that the title can’t be sold, The title was immediately vacated and Andre was no longer champion.

41. Rey Mysterio Jr.
After winning a grueling eight-man tournament to capture the WWE Title, Mysterio lost the belt later that night to John Cena. It’s baffling how he wasn’t given a better run than this, but, unfortunately, it’s his only moment as WWE Champion.

40. Stan Stasiak
Stasiak defeated Pedro Morales, ending his reign of champion after three years, and a little more than a week later lost it to Bruno Sammartino.

39. Kane
Kane defeated Steve Austin in a first blood match at King of the Ring and then lost it back to Austin the following night on Raw. It barely qualifies as a title run.

38. Buddy Rodgers
He was the first champion, but it wasn’t impressive at all. The match where he lost the title to Bruno Sammartino lasted less than a minute.

37. The Big Show
He’s been a superstar for years, but as far as title reigns, he’s had no big wins and usually dropped the belt with his first big defense.

36. Yokozuna
Yokozuna had one of the worst title reigns ever, when he pinned Bret Hart at WrestleMania and then lost the title a few minutes later to Hulk Hogan.

35. Batista
Batista’s first reign lasted one day as he had to forfeit the belt, and his second didn’t even last a month before losing it at WrestleMania to John Cena.

34. Sgt. Slaughter
As much as you think Slaughter dominated, he actually never had a successful title defense, as he won it from the Ultimate Warrior only to lose it to Hulk Hogan soon after. He was another transitional champion.

33. Jeff Hardy
Hardy was one of the most entertaining wrestlers in WWE history and yet his title reigns were so lackluster they’re barely even memorable.

32. Rob Van Dam
Definitely the most disappointing ranking on the list, Rob Van Dam was an incredible athlete, but was forced to lose the title after a drug bust in 2006.

31. Alberto Del Rio
Del Rio has held the belt twice, to top off an illustrious career that includes two World Heavyweight Championships, a Money in the Bank win, and the 2011 Royal Rumble winner.

30. The Iron Sheik
While the Sheik was the one man to end Bob Backlund’s five-year run as champion, he quickly lost the belt to Hulk Hogan, which was the beginning of Hogan’s domination of the sport.

29. Ivan Koloff
The Russian Bear had the distinct privilege of ending Bruno Sammartino’s nearly eight-year reign as champion. He simply served as a transitional champ and dropped the belt three weeks later to Pedro Morales, but he will go down in history for ending the most historic championship run in WWF history.

28. The Miz
The Miz held the title for a little over five months, after defeating Randy Orton on an episode of Raw for the belt. He was the first Tough Enough contestant to ever win the title and had a fantastic win over Randy Orton at the 2011 Royal Rumble.

27. Sheamus
After two title wins over John Cena in controversial fashion, Sheamus held the title for about three months, until losing it to Randy Orton.

26. Sid
As big as Sid was, he just never reached the degree of success other big men achieved. His two title reigns only lasted a combined three months and served more as a vehicle to advance Shawn Michaels’ storylines.

Related Itemswwe
← Previous Story Smith Hart talks about a possible opponent for the Undertaker at Wrestlemania 30, and more
Next Story → WrestlingDVDNews.com reports that a “Music of WWE” DVD will be released in 2014