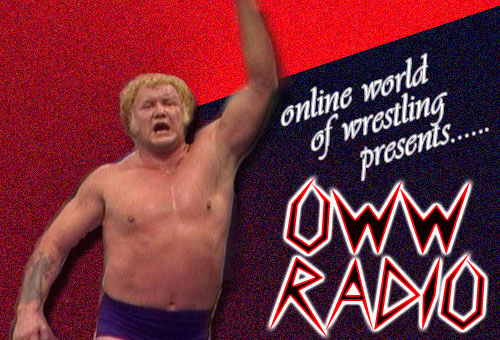 [ClickWrestle Download of the Day] Lacey vs. Nikki Roxx.

[WWE News] A lot of press on Mickey Rourke today calling him a “sell out” for participating in WrestleMania. TMZ wrote: “Mickey won the battle … but lost a little more of whatever dignity he had left. The only thing faker than Mickey Rourke’s hair — this fight between him and Chris Jericho at last night’s WrestleMania.” WWE was worried right up until Saturday night wondering if Rourke was actually going to show up for the PPV. There was more drama on Sunday as well a few hours before the show as he was working news reporters at a press conference claiming he couldn’t contractually get in the ring because he’s doing the movie Iron Man 2. . [reported by Mike Aldren]

[ROH News] SHIMMER Champion “Your Soul’s Tormentor” MsChif will be a part of Ring of Honor’s next batch of television shows for HDNet. ROH will film Episodes 7 through 12 this Thursday, April 9th, and Friday, April 10th, at The Arena (7 Ritner Street) in Philadelphia, PA. Tickets are available at http://www.rohwrestling.com/ for both nights of tapings. Three episodes of television will be filmed each night..

[ROH Media] You can see a recap of this past weekend’s Ring of Honor Wrestling on HDNet show at http://blip.tv/file/1963613

[NWS Event] Saturday night April 18th, NWS makes its annual trek to Tower City, PA and the Williams Valley High School, 10330 Route 209, for a 7:35pm bell time. Along with encore appearances by Balls Mahoney & Snitsky, also on the bill will be Tower City perennial favorite, from WWE & WCW TV, the one & only “America’s Hero” The Patriot, as he takes on his toughest opponent to date in the form of the wild man from Borneo, King Nagumbo. Plus, it will also be the PA debut of Nikko The Monkey Man From Oz and his friend Botchagalup The Banana Boy. Tickets for this annual spectacular are only $18 for reserved ringside seats and $15 for bleacher seats.

[WSU DVD] WSU’s two newest DVDs, “The 2nd Anniversary Show” & “WSU’s Hall of Fame Class of 2009”. Many fans are calling the 2nd Anniversary show the best womens wrestling show all year and calling the HOF one of the classiest events to take place on the indies. Decide for yourself, by checking out the DVDs at www.DOIvideo.com

[Radio] Jerry Lynn’s first comments since capturing the ROH World title, plus a preview of the WWE Draft on last night’s Monday Night Mayhem at www.mondaynightmayhem.com

[Radio] Juventud Guerrera will tell the entire story of what recently happened in AAA in Mexico involving Konnan and Jack Evans live this Wednesday on In Your Head Wrestling Radio @8 PM EST at www.inyourheadonline.com

[BLOG] Gabe Sapolsky has another blog discussing why Faction Warfare disappointed, what the booking theories behind it were and there is a breakdown of one of ROH’s old trademarks- the fireworks of dives plus more at www.myspace.com/rohgabe

[BLOG] JBL wrote in a blog today on the WWE website that he was leaving the company: “I don’t know what the future holds, never say never in life. But I have wrestled my last match. Months ago, I picked out this match. If Eddie Guerrero couldn’t be here for it then my dear friend Rey was the obvious choice, and I’m proud he was. I want to thank the WWE for a great career, for taking a chance on me and allowing me the keys to the car for a while. I will always represent the WWE wherever I go, I am proud of my 13 = years with the WWE. And, I am proud of the WWE for cleaning up a great sport to make it more healthy to everyone that is a part. However, I have no current plans on doing anything in the future on a professional level with WWE. I don’t plan on doing commentary, in fact; it hasn’t even been brought up to me. I don’t plan on being an on air character. I plan on starting the next chapter in my life, and closing the door on this one.” He said he plans to put all his energy into business projects noting a distribution service in Nashville and a beverage company: “You may see me in the WWE again, I don’t know-but that is not the plan. Right now, I have gotten up early today and am ready to go to work on the next part of my life that will hopefully exceed the first part. I have been on the road for my entire adult life. I want to put the suitcases up and do my best to be successful outside of wrestling, today starts that journey… From the bottom of my heart, thank you for allowing me to be a part of the great theater we call “sports entertainment”, personally I just always considered myself a wrestler.”

[BLOG] Jim Ross at http://tinyurl.com/cnwfm9 also has a new blog up talking Wrestlemania 25. He said the Taker-Michaels match was the best he can ever recall broadcasting: “Old school approach, a magnificent story, amazing near falls, drama, surprises, intensity, and awesome athleticism were just a few of the memorable attributes of this extraordinary contest. Quite simply, its a wrestling match Ill never forget and Ive seen plenty of them. I had immense personal respect for both men going into the match but that respect swelled ten fold when this instant classic concluded. If any young wrestler doesnt thoroughly study this one then they are doing themselves a gross injustice.” Ross also noted he didn’t yet know who would be announcing with him on Tuesday at the Smackdown tapings.

[Article] With dad watching, a Hardy showdown at WWE’s WrestleMania 25

[Article] Piper thrilled to be back at another WrestleMania; Rourke disappoints

[Radio] Listen to the Necro Butcher on CarnageCrew.net at http://www.garageband.com/mp3cat/.UZCMYySN56yv/01_02_10_09_The_Necro_Butcher.mp3