[ClickWrestle Download of the Day] Allison Danger vs. Cindy Rogers.

[WWE News] In a huge snafu during the VH1 Countdown show which aired over the weekend, Big Show mentioned that he will be facing Edge and John Cena in a three way for the title at Wrestlemania. Obviously that was the rumored direction but WWE hasn’t officially announced it. With all the leaks this past week including the Raw script and the Divas battle royal I imagine there will be some rewrites as Vince is on a mission to stop storylines getting out on the Internet. Stephanie has even been going as far as to feed false information to certain members of the creative team she suspects might be leaking stories. All the writers are now using company laptops with special software that tracks their emails and which websites they view. On a semi-related note, Ryan Braddock is now doing a gimmick in FCW where he watches matches and is always tapping away on his laptop at ringside. I can’t see that one lasting long with the mood Vince is said to be in right now. . [reported by Mike Aldren]

[Radio] The 3/1 episode of Evan Ginzburg’s Legend’s Radio featured an interview with the legendary Danny Hodge talking about his biography, as well as comments from the author of the “Dan Hodge Story,” wrestling historian Mike Chapman .. you can listen to the interview by going to http://www.garageband.com/mp3cat/.UZCMbC6D7Kyg/01_03_01_09_Legends_Radio.mp3

[Radio] Bret Hart will be on Trash Talking Radio 3/10 on www.trashtalkingradio.com

[BLOG] Gabe Sapolsky has a new blog up with lots of booking talk and theory including how it applied to the first ROH show and pay-per-view plus his favorite ROH match and good stuff he has watched lately. Check it out at www.myspace.com/rohgabe

[BANG Media] New matches now up on !BANG! TV include a Funking Conservatory Women’s Championship between The Claw, Claudia Reiff and Awesome Kong. In a controversial finish only a judgment call by the referee Diamond Derek Ian prevents The Claw from gaining a victory over the Number One Ranked Lady Wrestler by PWI Magazine Awesome Kong.. Check out the match at http://www.dory-funk.com

[Indy Event] Yoshi Kwan will be appearing at the New Focus Wrestling events in Selvin, Indiana on April 4th, 2009 and Evansville, Indiana on May 30th, 2009. Go to http://newfocusnewweb.bravehost.com for info about NFW.. [reported by Devin Cutting]

[Training Session] Les Thatcher has two EPWT training camps scheduled for the last two weekends in March. – – – – – – Thatcher kicks it off in Cornelia, GA the weekend of 3/20, 21, 22 at with a camp and Saturday television taping sponsored by NWA Anarchy at their TV Arena. You can get the details at www.nwaanrchy.net or by calling 423-355-3914. – – – – – March 27, 28, 29 Les will be in Huntsville, TX for a training camp and television taping sponsored by AWA Texas/XWO Reborn at “The Asylum”. The Saturday night show is at the Johnson Coliseum. More information is available by going to www.xworeborn.com or calling 936-714-3103. 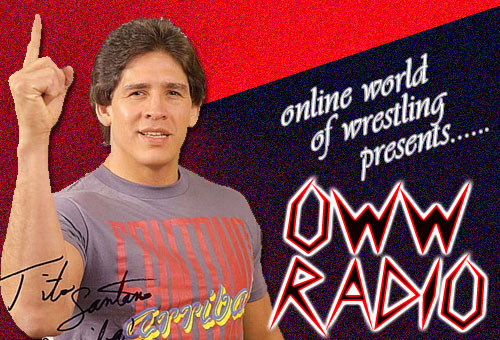