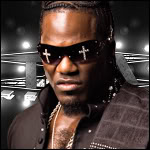 “The Pope” Elijah Burke recently parted ways with TNA and is now returning to Pro Wresting Syndicate where he will square off against former WWE star John Morrison as part of PWS’ Super Card Night One taking place on Thursday April 4th at The Sports Plex on 215 Durham Ave in Metuchen, NJ.

Terry Funk will be serving as Guest PWS Commissioner and Superstar Billy Graham will be making an appearance.

PWS has confirmed that they are not nearly done announcing things for Super Card.