Home / Behind the Scenes / The CAC welcomes Dusty Rhodes this April 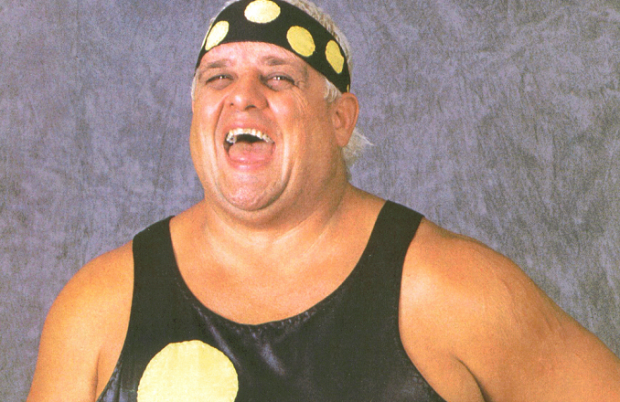 The Cauliflower Alley Club is excited to welcome the “American Dream” Dusty Rhodes to Las Vegas this coming April. Mr. Rhodes is going to help present Diamond Dallas Page with his 2 CAC awards, the 2015 Jason Sanderson Humanitarian Award and a 2015 men’s wrestling award! Dallas will be the FIRST EVER 2-time, 2-time, 2-time…award winner! Mr. Rhodes will be joined by Jake “The Snake” Roberts, both of whom were big influences in shaping DDP’s great career.

Listen to Dallas’s appearance on CAC Radio here where DDP discusses the impact both of these men had on his life!

Dusty Rhodes is one of the most celebrated wrestlers in history. Relive his career highlights below:

The American Dream on the Indy Circuit: