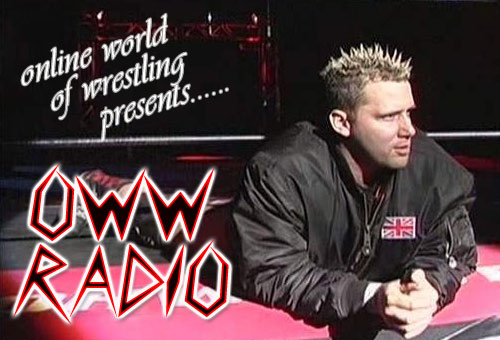 [ClickWrestle Download of the Day] Nikki Roxx vs. Nicole Matthews.

[OWW News] Supper the OWW website by purchasing your books and DVD’s through our official Amazon STORE..

[WWE News] R-Truth, Arn Anderson and Howard Finkel will be appearing at the Florida Championship Wrestling event in Tampa, Florida on September 24th, 2009. Go to http://fcwwrestling.info for information about FCW.. [reported by Devin Cutting]

[TNA News] Ed Ferrara returned to Total Nonstop Action at the No Surrender PPV to partner up with Vince Russo in the creative department..

[YouTube] Does anybody remember the wrestling impersonator, Jason Sensation?

[Indy News] SLAM Wrestling is reporting that Quebec wrestler Tomassino has not signed with WWE, despite the announcement made by the Montreal Wrestling Federation on Facebook, and was not trained by Sylvain Grenier. The article by SLAM Wrestling, which contains comments by Tomassino, can be viewed at: http://slam.canoe.ca/Slam/Wrestling/2009/09/20/11020616.html

[DGUSA News] More video footage was released from the Chicago event. This is the must see Davey Richards’ reaction to what Bryan Danielson said in the last video. Watch it for FREE here: http://www.youtube.com/watch?v=1PSO32onIyU&feature=player_profilepage

[Podcast] Episode # 4 of the kAos Podcast is available at http://luchalibre.podOmatic.com

[Plug] Steve Corino, Allison Danger, Ares, and even Guillotine LeGrande (Mr. Mac) have their own official message forum at www.CorinoDangerAres.proboards.com – Join the fun and ask away.