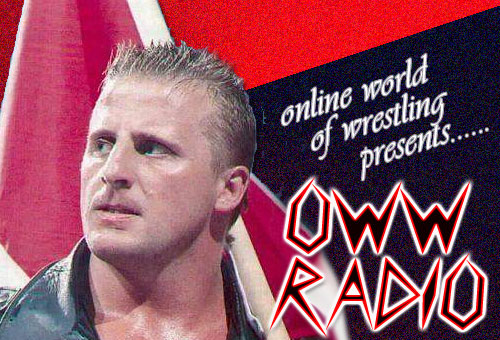 [ClickWrestle Download of the Day] Nikki Roxx vs. Nicole Matthews.

[WWE TV] Sci-Fi is airing the 2-hour debut of Warehouse 13 on Tuesday, July 7th from 9 to 11 PM (ET), so ECW will air on Thursday, July 9th at 7 PM (ET). This means that ECW on Sci-Fi, WWE Superstars on WGN and TNA Impact on Spike TV are airing back-to-back on July 9th. Go to http://prowrestlingevents.tk or http://prowrestlingevents.webs.com for info about upcoming wrestling shows worldwide.

[SHIMMER] Ringside photographer Buddy LaMantia shot the 5/2 & 5/3 SHIMMER tapings in Berwyn, IL. You can view previews of some of his best photos from Vols. 23 & 24 right now at The SHIMMER Forum! Visit the following thread to check them out… http://shimmerwomen.proboards.com/index.cgi?board=shimmer&action=display&thread=3182

[SHIMMER] SHIMMER’s own Serena Deeb was at the WWE television tapings earlier this week, and made a cameo appearance on ECW. Serena was also part of an “After the Bell” segment on the WWE web site, in a vignette along with Mark Henry and Tony Atlas. You can view the segment at http://www.youtube.com/watch?v=Yxk2kKVTi8U right now.

[Training] Funk’s Corner – From Old School to the Present: Take a bump from the top rope like Sputnick Monroe. Do a knee drop like Ric Flair, strut like Gorgeous George, Super Kick like Shawn Michaels, be as beautiful as Lita, Mickie James and Helen Hilde (Mother of Ted Dibiase) wrestle like Kurt Angle, Fly like the Hardy Boyz, be as agressive as Antonio Inoki and wise as Giant Baba. Be as bad as the Funk Brothers. Bleed like Cowboy Bob Ellis. Use the Figure Four like Jack Brisco. Do a double wristlick like Lou Thesz. Be as tough as Gene Kiniski, as nice as Andre The Giant. Enter the ring like HHH. Do the Leg Drop like Huld Hogan. Be as cold as The Undertaker. Chop like Wahoo McDaniel. Be as mean as Johnny Valentine. Kick Ass like Stone Cold Steve Austin. Talk like The Rock. Be as arrogant as Vince McMahon and do Hard Core like Dory Funk Sr. in a Texas Death Match. Do it all at the Funking Conservatory – http://www.dory-funk.com and on !BANG! TV. Call 352-895-4658.