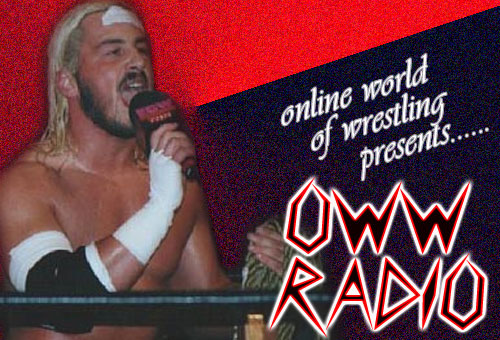 [ClickWrestle.com News] Have you noticed the the changes taking place at ClickWrestle? Sure, the team here at the office has been making a lot of improvements around the site, but we thought we should point out the most exciting change: slashed prices! Videos all over the site have prices reduced, with most all videos now only costing $2.95. This is not just a sale, these are massive reductions in price. So go wild! Go get all of those matches you’ve been saving up for and then some! Go to www.ClickWrestle.com

[WWE Divas News] The former Divas we know for sure contacted about the 25-women battle royal at Wrestlemania include: Trish Stratus, Molly Holly, Jackie Gayda-Haas, Torrie Wilson, Tammy Sytch, Victoria, plus another surprising name from the past. Assuming all those names appear they also have 19 Divas listed across Raw, Smackdown and ECW so more than enough for the match. . [reported by Mike Aldren]

[TNA News] TNA Wrestling announced today that Philadelphia-based disc jockey Danny Bonaduce will have his first pro wrestling match on Sunday, April 19, at Lockdown, inside the lethal six-sides of steel. TNA Wrestling executives would not comment on who Bonaduce’s opponent will be, but confirmed that the TNA Wrestling Superstar will be in Philadelphia next Friday, March 20, for the official Contract Signing, to be held on-air during Bonaduce’s radio show… [reported by Devin Cutting]

[TNA News] TNA has signed Tribal aka Jesse Neal to a two year deal. Neal is a grad of the Team 3D Academy in Florida. Before wrestling he served in the US Navy.. [reported by Mike Aldren]

[Radio] Submission Radio has posted an interview with Chuck Palumbo at http://submissionradio.com.au/viewpage.php?page_id=4

[Radio] Bret Hart will be on Trash Talking Radio 3/10 on www.trashtalkingradio.com

[Misc DVD] MsChif has two new compilation DVDs of her matches from around the wrestling world available at www.mschif.net for immediate shipping..

[Misc News] The March issue of Giant Magazine features former WWE star “The Rock” Dwayne Johnson on the cover. In the article, “Dwayne Johnson: Metamorphic”, he discusses everything from growing up in a wrestling family to his now thriving movie career. In addition, he credits wrestling and the WWE with providing him a unique lesson in the art of performing. He tells Giant Magazine, “Wrestling gave me the platform to entertain crowds of twenty, thirty, forty, fifty thousand people. The experience was invaluable. ..We played Madison Square Garden every month and a half, one little stage. That was my theater, and what a learning experience it was.” The magazine, now available on newsstands, features 9 full-page pictures of “The Rock”. In addition, Giant Magazine’s website features an excerpt from the article along with an exclusive photo album. It would be great if you could link to the article and photo album on your website: http://giant.blackplanet.com/articles/dwayne-johnson-metamorphic/.

[Canadian Events] Border City Wrestling announced the addition of TNA Knockout Roxxi, “Maple Leaf Muscle” Petey Williams, and Johnny Devine to the three March Break Down events in Southern Ontario! This is in addition to the Highlanders, Kiyoshi, and Scott D’Amore. For tickets and all the event information, check out www.bordercitywrestling.com